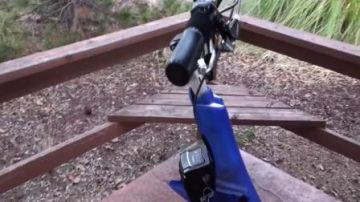 Guangzhou shuaike sports development Co., Ltd is the Asian headquarters and global manufacturing equipment center of shuaike trikke. It has the exclusive patent design of "three-point curved linkage system technology", excellent product quality and performance, strong convenience and mobility. The design of shuaike sports car integrates human skeletal science, kinematics, intelligent mechanical engineering, and is committed to the concept of shuaike sports that is popular in Europe and America, and the unique culture of upright driving and cycling, which is transmitted to every person who is fond of sports and green travel.

Guangzhou svejk sports development Co., Ltd. Since its establishment, relying on the svejk forced the technical support of the United States and svejk European research and development center, has been introduced including sports car, electric sports car instead of walking, skiing, children′s sports models such as much money for work commute, life walking, leisure, entertainment, sports competition and high practical traffic entertainment tool, in response to the urban traffic congestion problem, provide private walking under the dual mode vehicle solution. Among them, we tailor-made electric three-wheeled skateboard models including "freedom", "colt" and so on for Asian consumers, which are more cost-effective and more in line with the consumer demand of Asian consumers.

Mr Gildo Beselki, a prominent California car engineer, had a special neighbour, Jimmy Carter, who was hailed as the best outgoing President in American history. The old President had a long history of neck and lumbar pain. Well versed in ergonomics, kinematics and mechanics, Mr. Gildo decided to do something for his special neighbor.

After a long time of exploration, Mr. Gildo based on the principles of human body structure and mechanical engineering, invented the mechanical three-point curved linkage system (3CV), and made a unique three-wheeled scooter. Like skiing and skating, the driver can sway and twist his body from side to side, constantly changing the center of gravity of his body to obtain power to move forward. The speed can reach 40km/h, and because of the solid triangular geometry of the three-wheeled scooter, the driver is not easy to fall down and has high safety performance. The oldest dance of human beings is swing, which is determined by human brain and skeletal muscles. Therefore, swing upright driving can better exercise the spine of the driver and the bone joints and muscles all over the body.

Years later, carter received Mr. Gildo′s special gift, the "trikke sports car, " and fell in love with the sport. The pain caused by neck and lumbar vertebra was gradually alleviated by driving saker sports car. The bones and muscles of the whole body were fully exercised and the body gradually recovered.

Since then, determined to let more people around the world to carry out this kind of health and safety of the body joints and muscles without impact of the sun sports, Mr Gildo founded the United States shuaike company, its first to the market of the shuaike sports car won the "time" one of the world′s top ten inventions of the year.

Since then, shuaike officially entered the fast lane of high speed development!

Send your message to this supplier